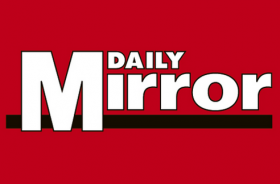 CORKS for wine bottles could be set for a return with the launch of a twistable version that re-seals - with no need for a corkscrew.
The Helix cork and its special bottle have a thread to allow tipplers to twist the stopper out and back in, creating an airtight barrier.

It will be unveiled at the International VinExpo wine fair in Bordeaux today, and on shelves in two years.

Metal screwcaps or plastic have been on the rise to combat cork taint - the sour, musty taste that ruins wine.

The Helix is a result of a four-year deal between Portuguese cork maker Amorim and US bottle maker O-I, using granulated cork for elasticity and reliability.

O-I Europe president Erik Bouts said wine stored in Helix bottles had shown no alteration to the taste, aroma or colour after 26 months.

He added: "Research found that 80% of consumers prefer cork, now we have made it easier to use."